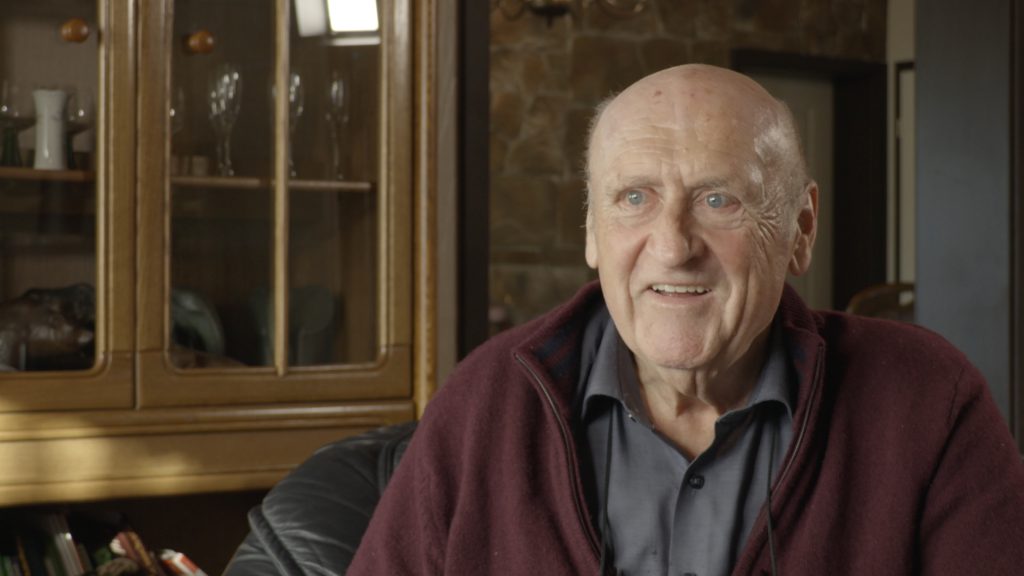 Helmut Schneider was born on January 11, 1945 in Lilienfeld in the Wartheland. His early years are strongly influenced by the events of a terrible war and its consequences, which came to a head for the civilian population.

At the end of 1939 and the beginning of 1940, about 50,000 Galicians of German origin had been resettled in the German Reich. Helmut Schneider’s parents are among those affected.

In order to understand the eventful life of Helmut Schneider, we first need to look back to the year 1781.

“At the time of the constitution of the Crown Land of Galicia, the situation of crafts and agriculture was extremely backward in comparison to the Western European countries. Joseph II therefore decided in his settlement patent of 17 September 1781 to recruit tradesmen, craftsmen and farmers for the new crown land. No Germanization of the country was intended here; rather the new settlers were expected to serve as an instructive role model. The Palatinate people from the Rhine were particularly suitable, because, due to the unfortunate division of real estate the farms there, had become so small that on the one hand an intensive agriculture had to be developed, while on the other hand the farmers needed craftsmanship skills for this necessary sideline.

“The incentive to emigrate to Galicia was great, because the authorities provided the new colonists with land, a house, stable, cattle and farming equipment free of charge. The size of the farms was equivalent to about four, eight or thirteen hectares today, depending on the amount of capital brought in, the size of the family and the quality of the land. The colonists were exempt from all taxes for ten years and the farm owners and their eldest sons were exempted from military service.”

“From June 1782 to January 1786 14,735 colonists came to Galicia. They were settled either in newly founded villages or in extensions of existing villages (so-called Attinenzen). Afterwards there were still smaller waves of immigration.” Source: https://de.wikipedia.org/wiki/Galiziendeutsche#Herkunft_der_Siedler https://de.wikipedia.org/wiki/Galizien

Helmut Schneider’s ancestors, who also come from the Rhine Palatinate, are drawn to Galicia. The Göres and Schneider families build up a livelihood as farmers with their own farming. The Schneider family also runs small gas mines.

Helmut’s mother, Emilie Göres, was born in 1919 in Konstantynowka in Galicia. Konstantynowka was a German Protestant colony established in the 19th century. Today it belongs to the Ukraine. Emilie’s later place of residence, Essenrode, is about 1,200 km away.

Helmut’s father, Wilhelm Schneider, was born in 1913 in Gelsendorf, Galicia. It is about 120 km between his birthplace and that of his future wife Emilie.

Hitler-Stalin Pact and the resettlement

To understand how Emilie and Wilhelm come together and marry, and Helmut is born, we need to look at the events of 1939, five years before Helmut’s birth.

“In that year, Galicia was divided between Hitler and Stalin, before the Second World War began. During the war against Poland, a German-Soviet commission was formed and the registration of all persons and their property was carried out. At the end of 1939 and the beginning of 1940, about 50,000 Galicians of German origin were resettled in the German Reich. This was a very chaotic process in which fathers and sons, and mothers and daughters, were accommodated in different camps. The Germans were taken to the annexed Reichsgau Wartheland. There were families who reached Upper Silesia via detours from camps in Berlin and Saxony. This was the end of the history of the Germans in Galicia.”  Source: https://de.wikipedia.org/wiki/Galizien; https://commons.wikimedia.org/wiki/File:Wartheland.png?uselang=de

The Göres and Schneider families are not involved in the first, sometimes chaotic, wave of resettlement. They remain in Galicia until 1941, when they are resettled directly into the Reichsgau Wartheland. They are spared being accommodated in a temporary camp but instead are distributed directly to farms.

On March 13, 1943, Emilie and Wilhelm marry. At this time Wilhelm has already been drafted into the Wehrmacht and is granted leave to marry. His unit is the Guard Battalion, which is initially deployed to protect the “Wolfsschanze”, Hitler’s Führer headquarters in East Prussia. When Hitler withdraws to Berlin, the Guard Battalion takes over the protection of the Führerbunker in Berlin.

In early 1944, the couple see each other for the last time. Emilie becomes pregnant and gives birth to Helmut a few months later, in January 1945, in Lilienfeld in the Warthegau.

On January 31, 1945, Emilie and her three-week-old Helmut have to flee from the approaching Red Army, leaving Hohensalza in the Warthegau. Women with small children are put on the train heading west. And so Emilie and her little son Helmut are separated from Emilie’s parents. Marie and Johann Göres flee, making the trek with horse and cart.

The train travels to Leipzig and from there it goes to Sandersdorf near Bitterfeld. The village is about 500 km from Hohensalza, the starting point of their escape. Here Emilie and Helmut witness the end of the war. But they also experience the Soviet occupation and the looming formation of the GDR.

In Sandersdorf Helmut’s mother learns that her parents and relatives have fled to Essenrode. Now she supports relatives, who also live in Sandersdorf, in their escape across the inner-German border to Essenrode. Finally she also decides to flee to Essenrode. At the end of April 1949 she sets off with her son for the West. They travel by train first to Oebisfelde, near the inner-German border, and then to the nearby village of Wassensdorf to visit relatives. In order not to arouse suspicion while fleeing: the journey is “disguised” as a visit to these relatives. At dawn on May 1, 1949, Emilie and her son take advantage of the changing of the guard of Russian soldiers at the inner-German border to flee to the West. Their escape takes place at Grassleben. Since roads and bridges are bombed and destroyed, the four-year-old Helmut has to hold on to his mother’s hand to cross the iron girders of a destroyed bridge leading to the West. Again and again his little feet slip off the girders and again and again his mother grips him firmly by his hand. Finally both of them reach Essenrode on the way from Grassleben via Jelpke.

Now there comes to an end an escape which for Emilie, in Konstantynowka in Galicia, 1,200 km away, had initially begun with the resettlement. Even though the war and the flight are over, the consequences of the Nazi terror and the horrors of the war will accompany Helmut throughout his life. He will not meet his father Wilhelm even after the end of the war. The last news of Wilhelm reaches Helmut and his mother in April 1945. Since then, shortly before the end of that inhuman war, Wilhelm Schneider has been missing.