A film in which viewers are allowed to accompany the contemporary witnesses to the time and places of their personal experiences of flight and expulsion. The refugees and displaced persons found refuge in the village of Essenrode in Lower Saxony. Most of them and their families still live there today. The year 1945 has left a special mark on Essenrode – like countless other places. With the end of the war, refugees and displaced persons from Pomerania, West and East Prussia, Silesia, the Sudetenland, Wartheland, Bessarabia, the Baltic States, Galicia and other regions of the former Eastern territories came to the village. In the following years, people from the Soviet-occupied part of Germany and later the German Democratic Republic also fled to Essenrode.

GENERATION OF WAR CHILDREN
The contemporary witnesses share with us their challenges, but especially how they succeeded in taking their own future and that of the village into their own hands.
The idea for the project and the film came from Sabine C. Langer and Roland Remus. In the documentary, they shed light on transgenerational aspects and the importance of remembering from the perspective of the so-called WAR Grandchildren. Roland Remus was born and grew up in Essenrode.
Thomas Knüppel: https://thomas-knueppel.allyou.net/8652699/about

Contemporary witnesses report on the two-month flight of the “Elisenhof Community” from Preußisch Friedland in Pomerania to Essenrode in Lower Saxony.  The film “Refuge – Confidence – Future” shows how the people experienced their flight from January to March 1945, what happened at the same time in Essenrode and whether it was possible to find a new beginning in Essenrode.
Length: 17:51 min. | English subtitles 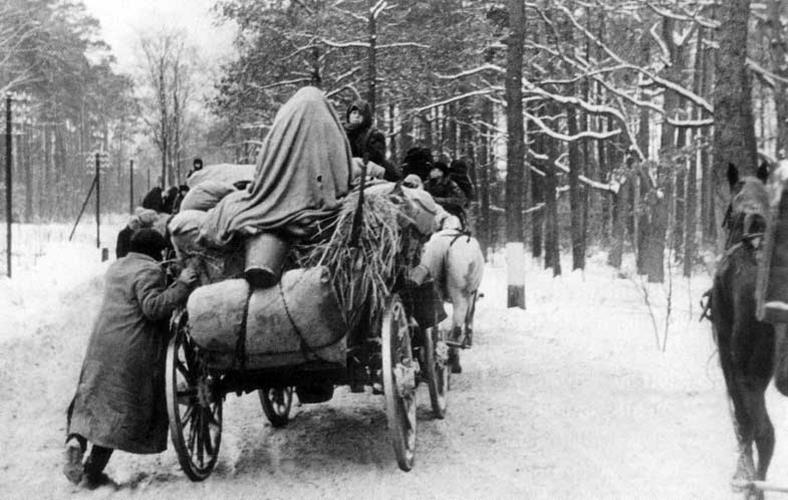 Here you will find excerpts from contemporary witness interviews of “war children” describing their experiences of flight and expulsion. People who as children experienced the Nazi ideology in Essenrode also have their say. Contemporary witness accounts about refuge, confidence and the future. The interviews were conducted in 2019. The village of Essernrode in Lower Saxony connects all those interviewed. They came here as refugees or displaced persons or here they experienced the arrival of the refugee routes.
Note: Currently, subtitles are only available for videos with the “English subtitles” option. We are working on subtitles for all videos.

Flight & Resettlement | Part 1
On her 13th birthday Anni Konnegen was separated from her family. Together with her sister Grete she tried to flee from the Russian soldiers. The escape failed.
Length: 7:33 min. | English subtitles

Flight & Resettlement | Part 2
Anni Konnegen married, had two children and established a livelihood in Poland with her husband. In 1957 she was allowed to leave with her family to move to Essenrode to her parents. Length: 6: 16 min. 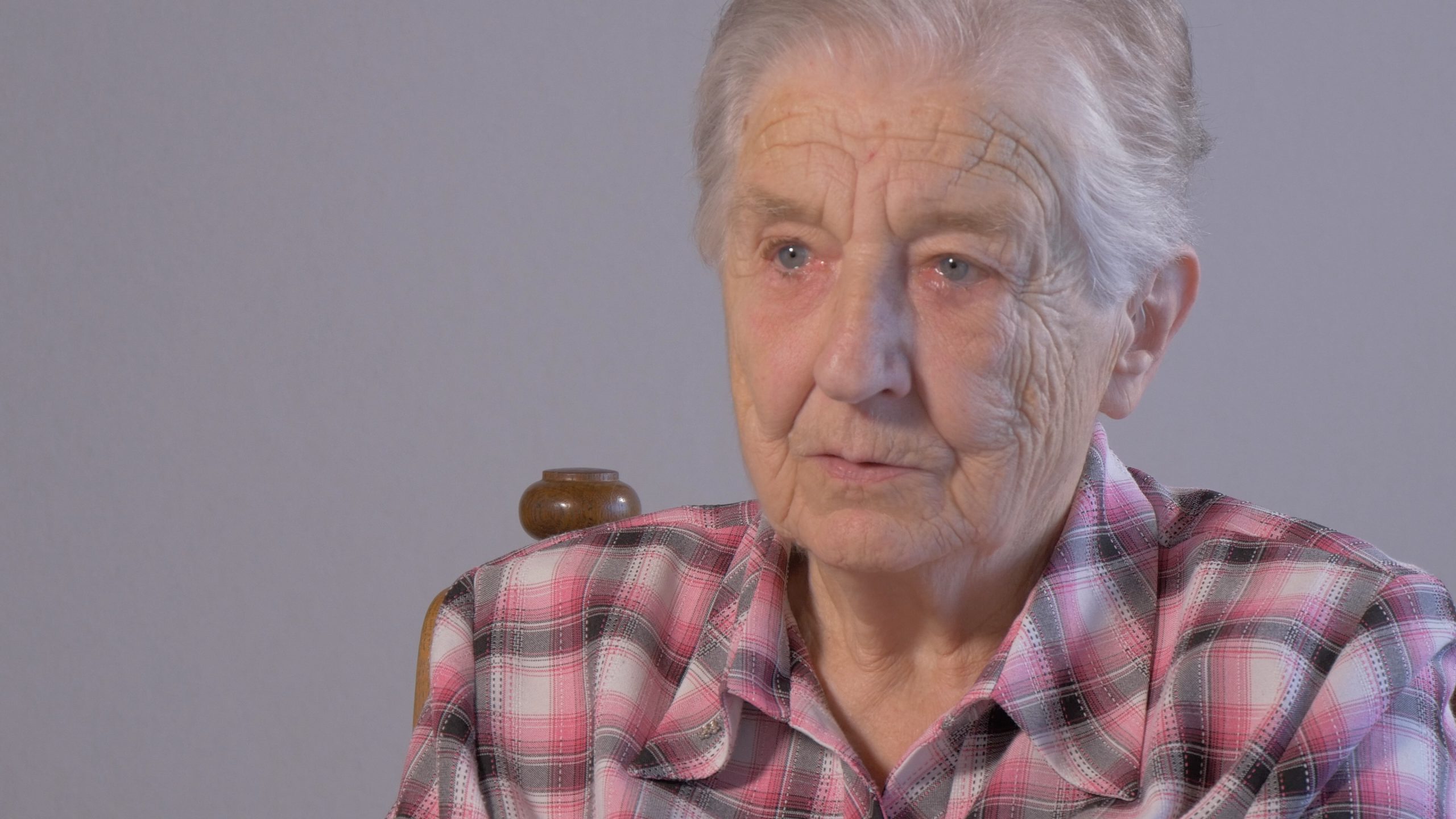 Displacement from Silesia
Dorchen Remus was born in 1935 in Silesia. At the age of 10 she was expelled from the county of Glatz in Silesia in 1946. A journey into the unknown begins in a cattle car. Length: 6:50 min. 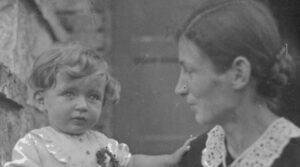 Life in Silesia
When Dorchen Remus was one and a half years old her mother died. Dorchen lets us share in her childhood, in the life in the factory apartment of the weaving mill and the special feature of the proximity of the border to the “Czech Republic”. Length: 3:42 min. 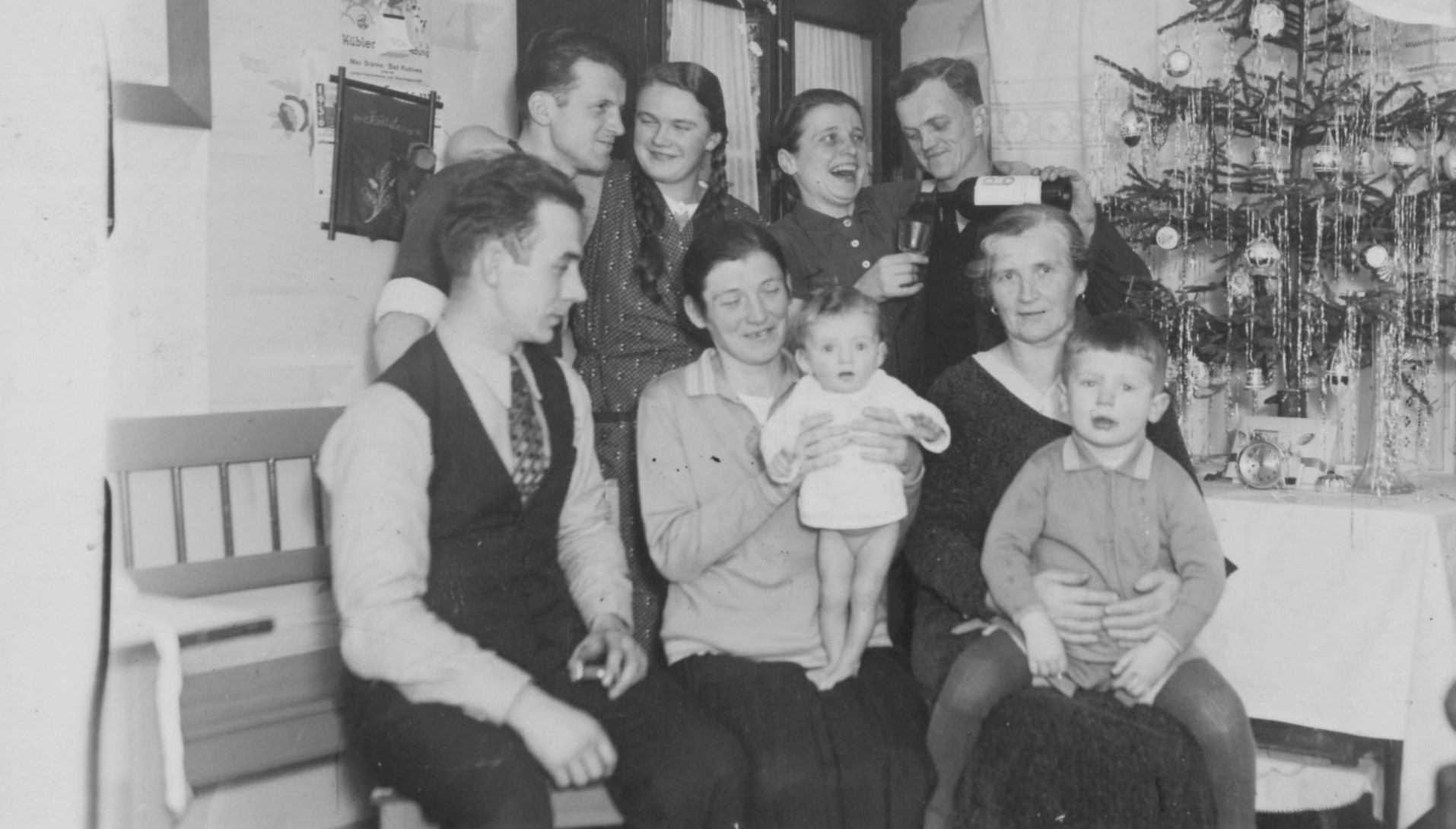 My father
Dorchen Remus describes life without a father during the war years and the time spent with his father after the war. “My father told a lot about the war.”
Length: 5 min.

The estate in Essenrode
Ernst von Lüneburg experienced the end of the war near Lüneburg as a four-year-old. He reports on the importance of the Essenrode estate during the war and in the first post-war years. Length: 8 min. | English subtitles 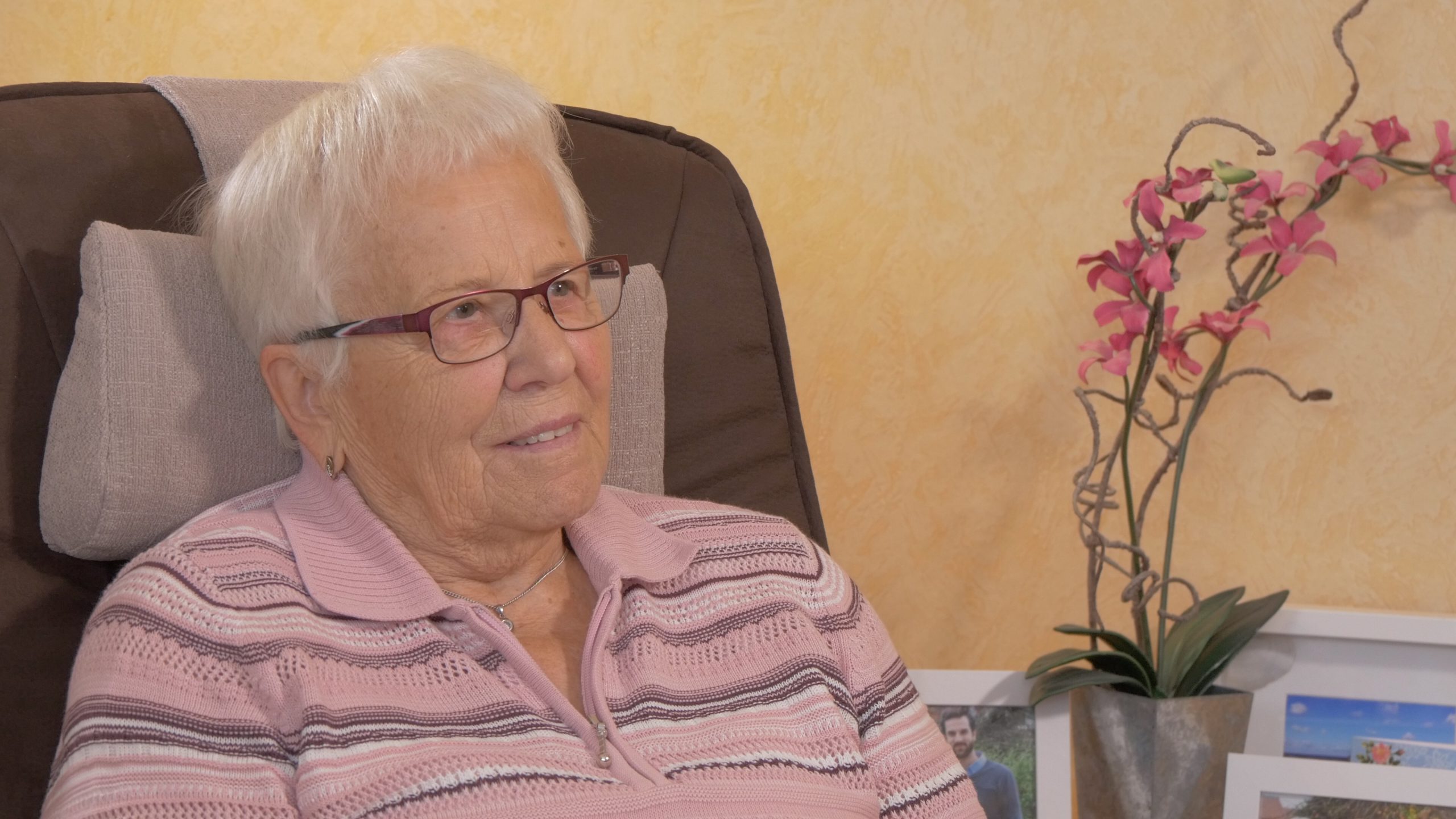 Escape across the inner-German border
Irma Remus was born in 1935. At the age of sixteen she fled the GDR to the West with two friends. She tells us about her escape, her arrival in Essenrode and the death of her mother. Length: 8:49 min. | English subtitles 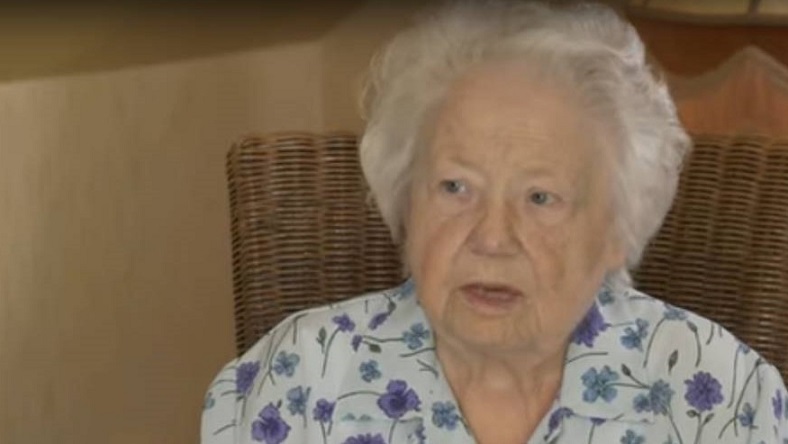 My way
Magdalene Lück was born in 1930. “Yes, I was a girl. They have nothing to learn!” Magdalene Lück describes the difficulties as a young woman and how she went her own way. “I’m leaving. I don’t care where.” Length: 8:41 min. Magdalene Lück died on Oct. 9, 2020.

Orphan at five
Edwin Jakimowitsch was born in Latvia in 1940. In retrospect, he lets us share in the history of his family. “This was a shock to me. I remember sitting there with my grandmother and crying.” Length: 7:21 min. | English subtitles 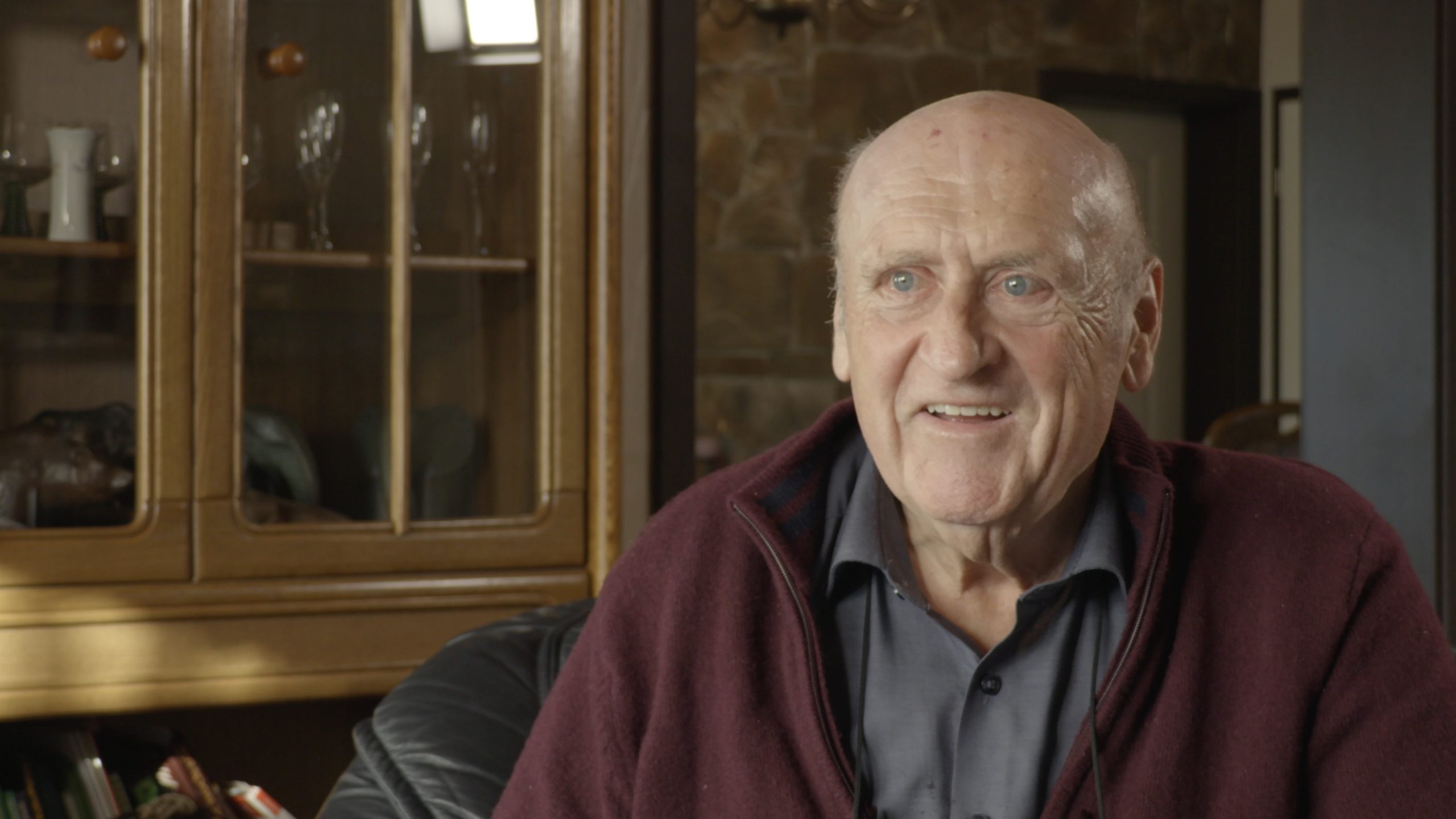 The resettlement was followed by flight
Helmut Schneider takes us on a long and painful “journey” from Galicia to Essenrode. He talks about his father, whom he never met and about his arrival as a “refugee child” in Essenrode. Length: 11:44 min. | English subtitles 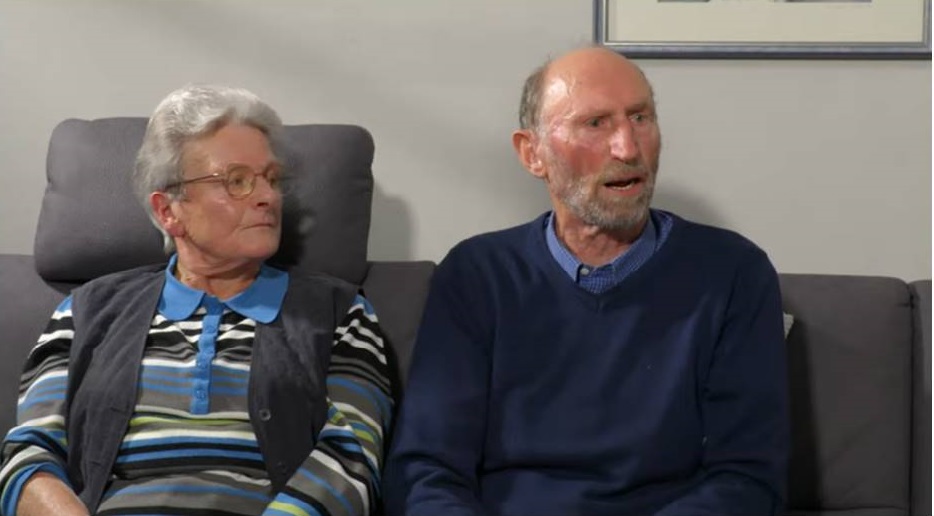 The flight from Elisenhof in Pomerania
Brigitte Sack and Erwin Grabow describe their flight experiences and their arrival in Essenrode. “They held together. Otherwise we would not have made it to Essernode. We don’t want to experience that again.”
Length: 10:52 min. 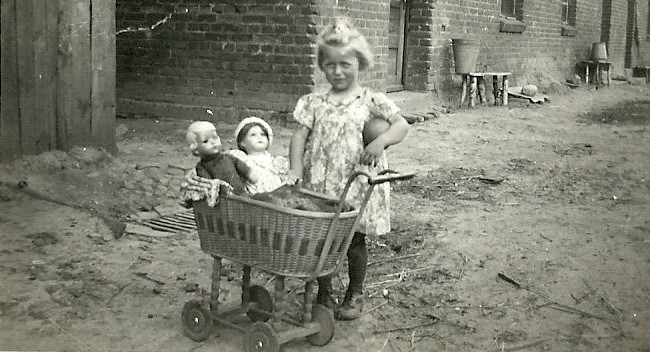 Life at Elisenhof in Pomerania
Brigitte Sack and Erwin Grabow describe their childhood between cow and horse stables and untouched nature at Elisenhof. “Christmas Eve we were invited to the manor house. And then Christmas carols were sung.”
Length: 9:58 min. 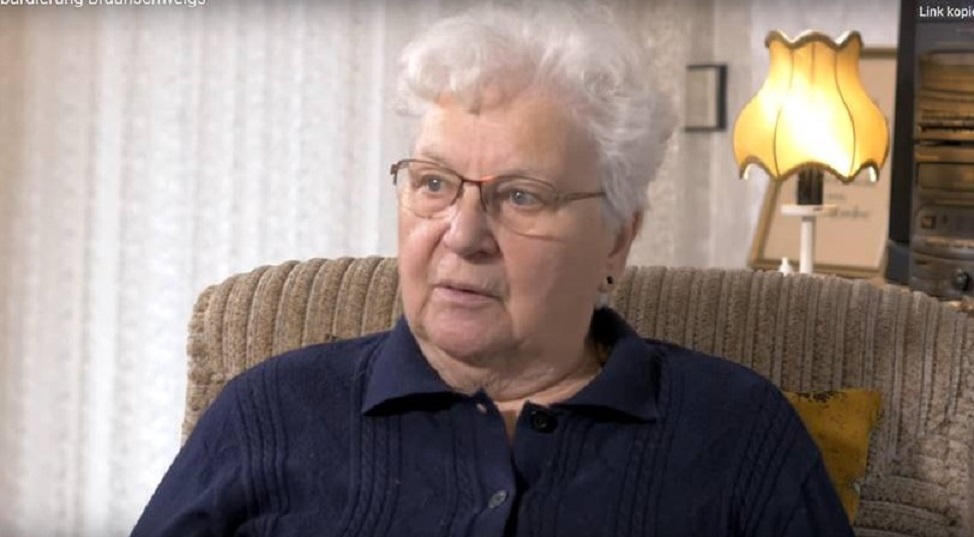 Bombing of Brunswick
Thea Schneider was born in 1934 and grew up in Essenrode. She reports on the death of her nineteen-year-old cousin in the Russian campaign and how she experienced the bombing of Brunswick in the cellar of her parents’ house in Essenrode as a young girl. Length: 8:58 min. | English subtitles 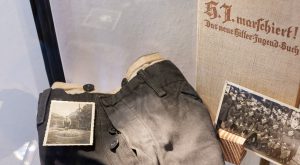 Childhood in Essenrode
Thea Schneider recalls her admission to the Bund Deutscher Mädel and life as a young girl in Hitler’s Germany. She also describes her experience of the post-war years. Length: 8:17 min. 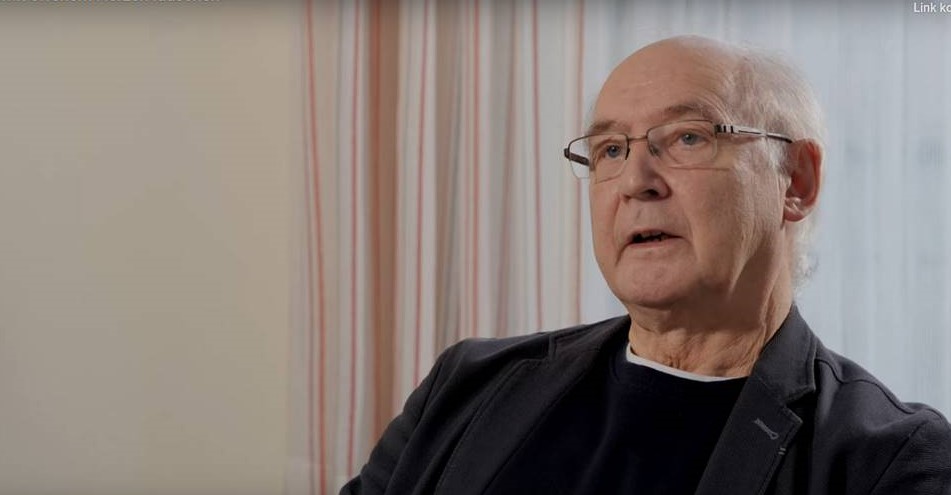 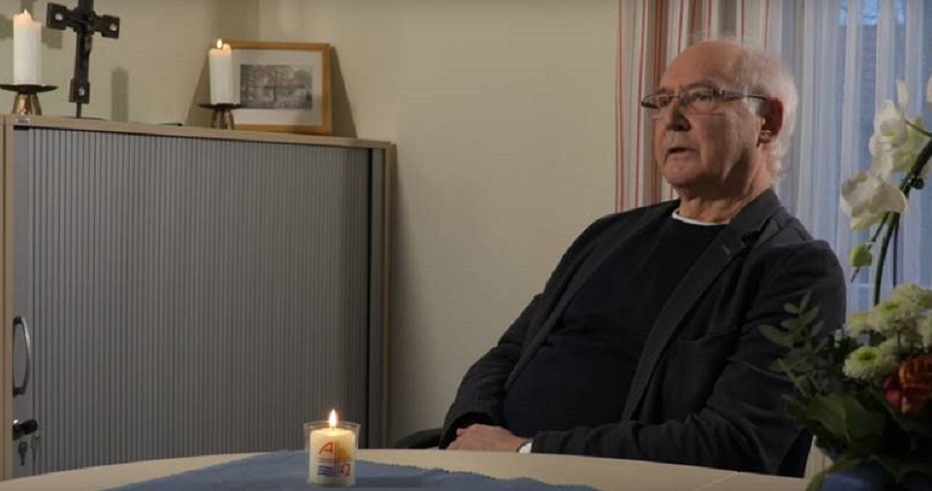 Memories of the war
“My grandmother sat on the stove bench and cried. She said, “It’s war!” This is how Waldemar Lück, born in 1937, describes his first memory of the war. He talks about life at Elisenhof, forced labour and National Socialism at Elisenhof, and about escape. Length: 9:47 min.

A deep friendship
Hartmut Bosse was born in 1938. As a child he experienced the war and the arrival of the refugees in Essenrode. He tells of his encounters with the refugee child Waldemar Lück and how a friendship developed from these encounters that has lasted until today. Length: 15:31 min.